As the school year starts, Sister Diana shares her thoughts on the  word culture, which she defines as a group of people who share ways of believing, thinking, and acting. It could be likened to a distinguishing philosophy or vision of the group.
She goes on to explain that anyone coming to Hope Hall for the first time immediately picks up on the school’s culture. They see and experience children who learn differently, most of whom come from families who struggle economically, fully engaged in learning and feeling very much at home in a school of their own whose culture is grounded in Community and Hope.
The environment at Hope Hall is nurtured through a Language of Hope, which has the possibility and power to change lives.
“The language of Hope is a way of speaking to another person, no matter what he or she has done, or finds it difficult to do, that says “I believe in you, I respect you, and I know that you are more than what I see right now.”
In the September Issue, you’ll also find: 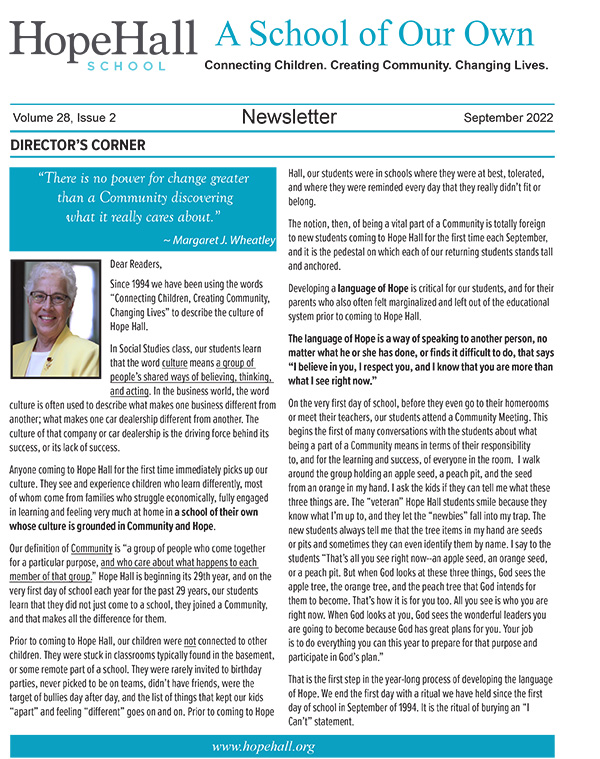 January 2023: Beacons of Light and Hope; Post-Holiday Recipe for Happiness